Interview with Joan Wasser: Joan As Police Woman in Madrid

De Ábrete de Orejas noviembre 05, 2018
Only a few hours before Joan Wasser, better known as Joan As Police Woman, appear on the stage of Sala El Sol in Madrid, we had time to ask her a some questions that she has kindly answered, via mail, about his new job Damned Devotion (PIAS) and other things of life. 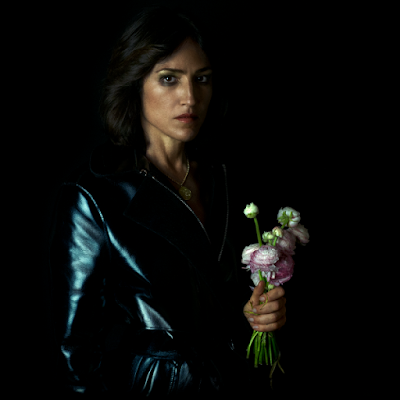 1.- More than a decade since "Real Life" publication are able to change the point of view of a young composer like you. ¿What are the most important changes that Joan has experimented?
Honestly, I still feel like each song I start is my first. I keep it open so I allow the music to flow as it will, rather than where I “think” it should go. The fact that listeners responded so positively to my music has certainly made me more confident. I made Real Life in 2004/5. Since then, technology has changed drastically. I do a lot of recording in my home studio now as well.

2.- "Damned Devotion" (PIAS) is your new release and seems to be an approach to your roots with an extended social criticism. Talking about music, ¿which were the recent influences on you that are reflected on your new album?


The album is about devotion, yes. Losing oneself to love is a theme that’s found in a lot of my records. This one focuses a lot on what I miss when I’m in a period of devotion; all the cues I could have seen, the advice I could have taken. It’s also very much about communication, in both personal settings and much larger settings. The song, ‘The Silence’ uses recordings I took of the Women’s March in DC shortly after the current administration took office. The refrain is “It’s the silence that’s dulling the blade”. It’s about staying sharp and vocal. Raising our voices is one of  the best ways to make change happen.

3.- These are hard times for free opinion and maybe better for losing rights. ¿Do you think music is already a better way to protest, by giving voice to all the people that can not do it?


Music is what I have as a way of expression. If people latch onto a refrain, great. But whatever way you protest is the best way for you. Locate where your power lies and use it to make change.

4.- ¿What is the new Joan that we can see on stage? People is always waiting for your strenght, strong and modulated voice, hard strings, ..


I am touring with 3 incredible musicians, Parker Kindred on drums, Jacob Silver on bass and Eric Lane on keys. I play guitar and keys myself and we all do a lot of singing. You need to see the live show to feel the energy and musicality.

5.- I was seeing you on tour with "The Cover" on 2009 and I have a sign CD and a photo with you (is my treassure!). ¿How do you feel the sweetie and admiration from public?


I meet my fans after every show. It’s the best way for me to learn how people feel about the show and what direction to take next.

6.- ¿What do you think about social media and digital platforms? They are always controversy.


Social media is great if used in a caring manner. Human beings seem to need to fight so therefore social media will also include fighting. It’s an unfortunate part of our species. It’s not social media, it’s human beings who have deep psychological problems.

7.- I think musicians from United States that have critical attitude with the stablishment have an special halo in other countries like in Europe. Probably, you are considered one of the respected outsiders artist. From the inside, ¿have you more difficulties than others artist in order to put up your music all around the USA? ¿Are you censored in some way?


Honestly, I don’t work much in the US. I play in NYC, where I live, and rarely play anywhere else in the US. NYC is not representative of the whole country. I still feel safe because I live amongst like-minded people. Who knows how much longer that will last. The massive wave of censorship happening in the US and the world is tragic. But I believe in the end, freedom will always prevail.

8.- ¿What do you think about spanish audience? Your shows are always well received and desired by us.


I love the Spanish audience! I always look forward to playing here. There is so much energy here. Plus so many amazing musicians!

9.- I would like to thank you for your time and finish with the last question: ¿have you heard some spanish artists and which one is highlighted for you?
You have to tell me what to listen to! I am never current on music from even my own country! I count on people to tell me what’s great!
Thank you greatly for this interview!


We can’t wait to play Madrid!

Many thanks to Joan for her time and her answers. We can not wait to see you again!